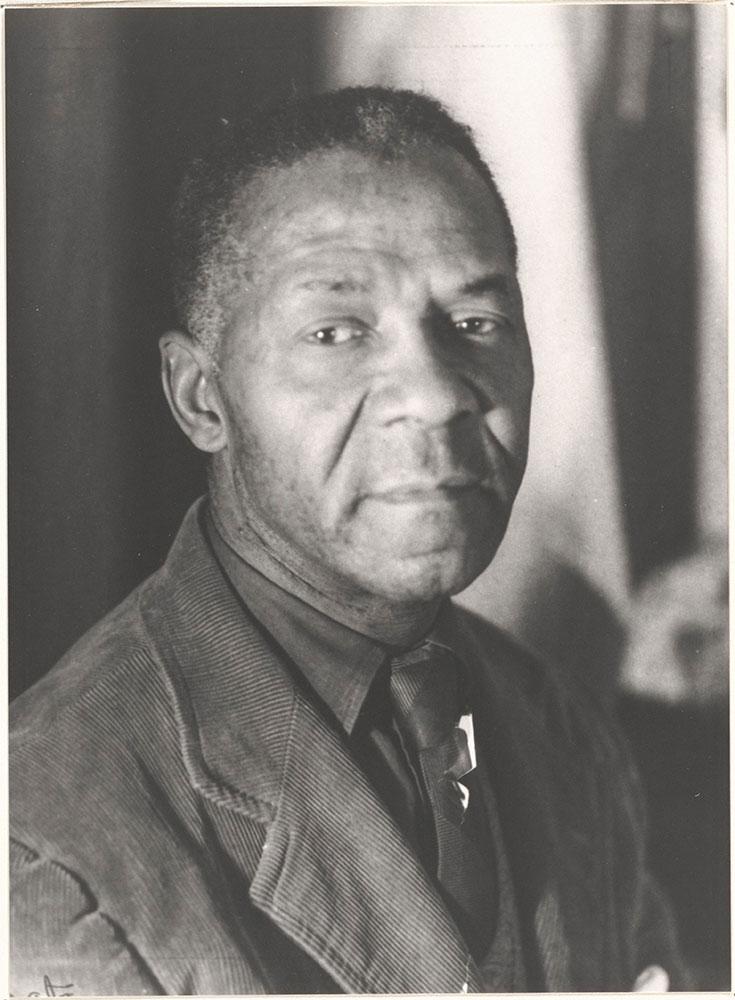 Dox Thrash’s love for art brought him to Chicago. It was the closest city with art schools that would admit African-Americans. To pay for night classes at the Art Institute, Thrash took on many different jobs, which he frequently had to change. This made it difficult for Thrash to pursue his education full-time.

African-American artist Dox Thrash was born in the small city of Griffin, Georgia on March 22, 1893. While working for the federally funded Fine Print Workshop in Philadelphia he won national recognition as the inventor of the carborundum printmaking technique. This achievement has often overshadowed both Thrash’s versatility as an artist and the racism that made it so challenging for Thrash to earn a living with his art.

Thrash was the second of four children born to parents Gus and Ophelia Thrash. In his undated autobiography he remembers:

As a child I liked to draw, also adventure in the woods mostly by myself.  I was especially fond of kites and swimming. As an older boy, I did not have very much schooling, but learned what education I have, from reading books, listening to conversation and traveling.

His love for art brought him to Chicago. It was the closest city with art schools that would admit African-Americans. To pay for night classes at the Art Institute, Thrash took on many different jobs, which he frequently had to change. This made it difficult for Thrash to pursue his education full-time. In 1917, at age 24, he was drafted into the army, serving in the 365th Infantry, 92nd Division and sustaining significant injuries just 28 hours before the armistice was signed. He would later comment ironically that this gave him his first big break as an artist. His injuries qualified him for military grants that would finally make it possible for him to afford his art studies in 1923.

His training complete, Thrash set off “ho-bo ing” as he called it. He traveled around the northeastern United States for four years, landing for longer stretches in Boston, rural Connecticut, and New York City before settling permanently in Philadelphia. In this period he principally drew and painted landscapes. He also had some success as a commercial artist, but was always lured back to the open road.

After Thrash settled in Philadelphia he started classes at the Graphic-Sketch with the aim of mastering printmaking. He studied under Earl Horter where he was known to be Horter’s favorite pupil. During this time he experimented with many different types of processes, creating a large portfolio of work that would be exhibited all around Philadelphia.

In the 1930s Thrash also joined the federally funded Fine Print Workshop (FPW) and started to find success while working for them. Four of his prints were chosen by the workshop to be exhibited in Westchester, Pennsylvania and several solo shows soon followed.

At the FPW he and some colleagues (Hugh Mesibov and Michael Gallagher) discovered that you could use carborundum to roughen up the surface of a copper plate, creating a dark surface out of which the lights of an image could be formed with burnishers and scrapers. It was a quick and less expensive alternative to mezzotint, with the same rich effects. For a while Thrash termed the technique the Opheliagraph, after his mother. The trio presented early examples at an exhibition of the Federal Art Projects in the then Pennsylvania Museum.

Previous Next
View All